Did a quick check online to see if there was much to say about this error code. The only two links were on justanswers and yahoo answers. Wasn't about to waste a click on either of those “sites”, so thought I'd open it up and take a look around.

Once opened, I could check out the power supply circuit. I immediately spotted a couple of 10V 1000uf caps that were bulged and leaking badly. 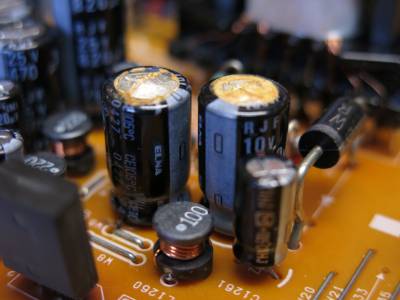 Getting the power supply board out was slightly tricky as the DVD drive is mounted in the space above. There are two ribbon cables and one wire plug that connect to the DVD drive that required removal. 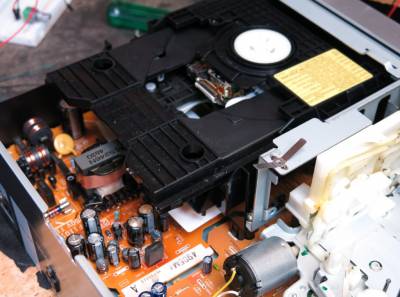 Removing the drive turned out to be a difficult: the front panel needed to be removed first by lifting each of the plastic clips. 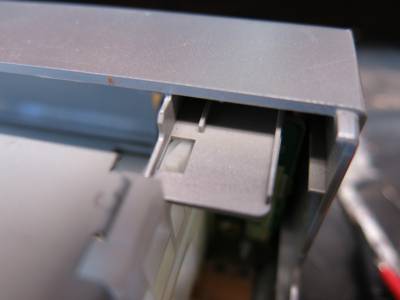 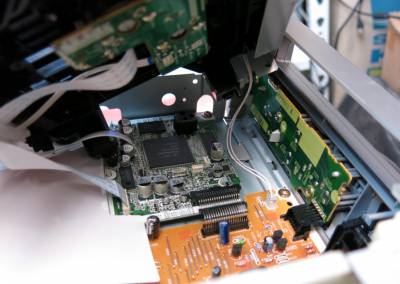 Once the front panel was lifted forward, I could remove the drive. Then I could get access to the power supply.

Swapping the two caps was fairly trivial. As the unit appeared to otherwise have a functioning power circuit (it gave an F09 error on a display after all), I thought I'd chance it and connect the three cables to the DVD unit and try powering on. 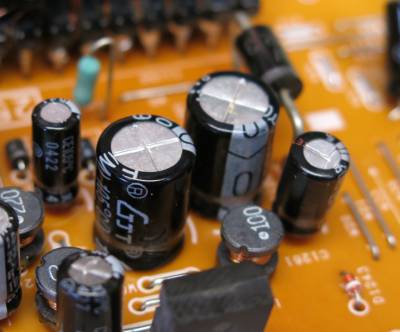 Everything came up well and played a DVD without any issues.

Next up: time to give a VHS tape a go. Thankfully I have a couple of boxes of these put aside for just such an occasion.

It took a while to work out that there is a small L shaped clip connected to a cog assembly that is supposed to sit behind the tape door. But since I had removed the front panel to remove the DVD, the clip was now sitting in front of the door. This meant the clip didn't make contact and open the door during ejection.

Once I set this back into position, tape insert and eject both worked fine.

The unit was reassembled and tested. All functions checked out. 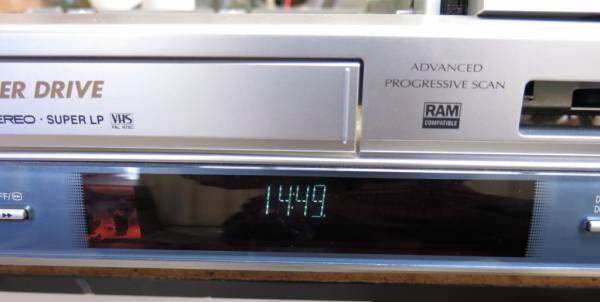 This will be a handy bit of gear for the day I get around to converting those old tapes for a bit of a laugh with old mates.

I didn't really do any checks on any of the other electrolytic capacitors on the power supply so it is likely something else in the region could fail again, but for now it works.